Katie was introduced to the dog show world at the age of twelve when she joined the local 4-H dog club. There she trained and competed with her dog in obedience and conformation. Shortly after joining 4-H, she teamed up with the Knight family and obtained her first AKC registered dog. She began showing in Junior Handling and in breed classes with German Shepherds and Cairn Terriers. It was early on at one of these shows where she first set eyes on a Bullmastiff. It was love at first sight! What she didn’t know was that she would have to wait many, many years before she would get one. High school had gone by and then college. Next came marriage and then the baby carriage.  She always told her husband that one day they would own a Bullmastiff and that she wanted to get back into the show ring, but the timing was never quite right. After Dan and Katie lost their beloved dog, Kila of 13 years, Dan decided to do some research on Bullmastiffs. He liked what he was learning about the breed. Without Katie's knowledge, Dan started contacting breeders and talking to friends about finding his wife a Bullmastiff. It just so happened there was a breeder about 2 hours away who had a litter of puppies. Dan contacted her and soon a plan was set.

One weekend while Katie and the boys were out of state visiting family, Dan put his plan into action. When Katie and the boys arrived home, Dan greeted them at the door with something to show them. As Katie stepped inside of the house she got the surprise of a lifetime; a beautiful Bullmastiff girl!!

Our girl has truly been a blessing to our family.  We named her, Polani, derived from the Hawaiian language meaning beautiful, handsome, clean, or pure. 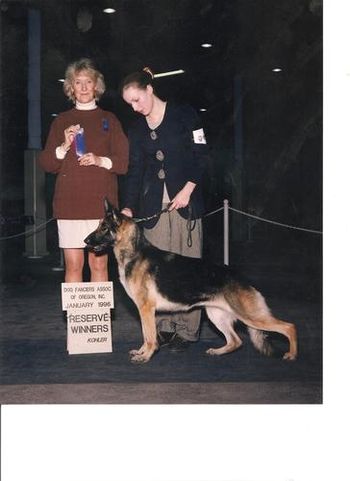